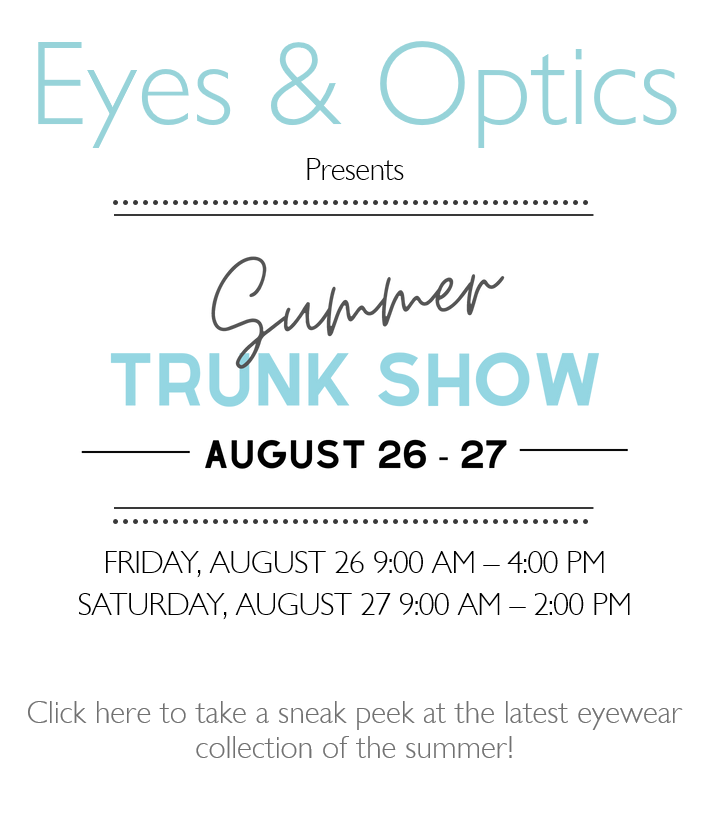 Thirty years ago, I walked into a bank (well, several banks), without a tie, without a haircut, and without a net worth, asking for the capital to open my first office.  “Your proposal is to do things completely different than your competitors,” the banker said.  “You know, Dr. Malik, successful business owners do things a certain way for good reason.  It will be more difficult and risky for you.”  I told her it would be much worse if the owner was bored and uninspired.  The next day, a Saturday, my banker, now locally famous for taking risks on start-ups, called me with the news that she would fund Eyes & Optics and that we would be very successful.

In 1988 Eyes & Optics opened with the mission to show the work of the most indie and artistic designers working in eyewear.  At the time, the best place to buy glasses in Las Vegas was in Los Angeles.  We had the honor to introduce the work of nearly every major independent eyewear designer, from the first Oliver Peoples and Giorgio Armani collections, to Chrome Hearts, Alain Mikli, Donna Karan, Cazal, and now, Blackfin, Etnia O, Mad in Italy, and Spectacle Eyeworks.  These are the young, artistic dreamers whose work will influence the big corporate manufactures in future years.  They are not household names. They don’t license their names to a large Italian company and then walk away.  Each has a compelling authentic story.

From the start, we broke new ground in Las Vegas, recognized in feature articles in trade and fashion magazines, and invitations to create similar stores in locations on the Strip including Caesars Palace.  Over the years we have had the opportunity to work with many celebrities and power players, including Elton John and Bette Midler.  Eyes & Optics has been listed as one of the top 25 independent optometry practices in the Country and placed 4th in “Americas Finest Optical Retailers” by Invision Magazine the year our new office opened in Downtown Summerlin.  Now we have been nominated for Best Eyeglass Shop in Best of Las Vegas 2018 by the readers of the Las Vegas Review Journal, a category that did not exist before we opened!

Without your support and your confidence to let us explore new and interesting ideas, and our ability to attract and maintain the best staff, none of this success would have been possible.  After 30 years, I still have passion for this fun business and I have nothing but humble gratitude for all the comments, reviews, and referrals we have received.  It has been a privilege.  During our anniversary celebration month, please drop in and give us a hug and support our indie designers and save money.  PARTY AND SALE STARTS THIS SATURDAY WITH A SPECIAL TRUNK SHOW FEATURING MAUI JIM AND ETNIA O BARCELONA.  And don’t forget to vote for us at votebolv.com/eyes&optics